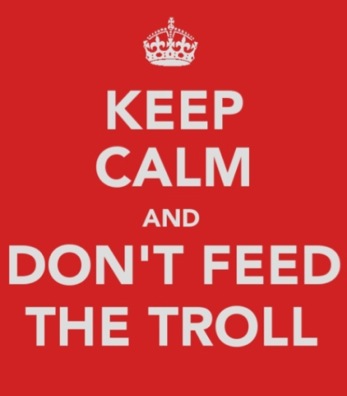 For the past few months I’ve been working on an exciting new online training program for the hair and beauty industry, Retailing Rockstar. The response to the launch has been phenomenal because there’s nothing like it anywhere in the world.

Resisting the urge to keep the project completely under wraps until it was ready for launch, I trialled the program with a group of people so it could be refined and improved throughout the process. This is a decision I came to regret earlier this week when I discovered that someone has copied the idea with almost an identical brand.

My first reaction was an emotional one — I felt like I’d been stolen from by an annoying pest and with all the restraint of a bull in a china shop, I fired off an email to my lawyer, almost cracking the keys of my laptop as I typed.

By the time I got my legal advice back, I’d calmed down a little and realised that my imitator had merely produced a cheaper, inferior version of my product. So I told myself to take the higher ground and move on.

Easier said than done. The annoyance factor stayed with me and if I was honest, it was a major distraction throughout my week.

But it wasn’t the week’s only distraction. Last Monday I also collected my first Twitter troll. Without going into the details and giving this unimaginative, bullying pest too much oxygen, let’s just say that my decision to defend Glenn McGrath in light of the nearly decade-long images of him hunting game in Africa attracted some very emotional responses.

I’m all for diversification of opinion — hey, that’s what makes us human — but when you attach your point of view to a hateful, vindictive and personally-threatening attack, well here’s my opinion on that: jail time.

Now, let me put my hand up and say that I played a role in this. I (naively) spent 24 hours trying to outwit my troll with witty and intellectual retorts. Which of course made him even more spiteful and nasty. That’s the thing about trolls – you can’t apply logic to people who often behave and respond in the most illogical of ways.

Anyway, by week’s end, between the copy cat and the twitter troll, I had wasted days focusing on them and how to address them. When what I should have been doing was using that time to up my game and develop some new content and value for the 99.5% of my followers who engage with me in all the right ways.

In business, shit happens, the unexpected occurs and not everything goes your way. But as one of my business mentors once advised me: ‘Don’t be bitter, be better’.

In other words, where your focus goes, energy flows.

Here’s to a positive, productive and prosperous week.