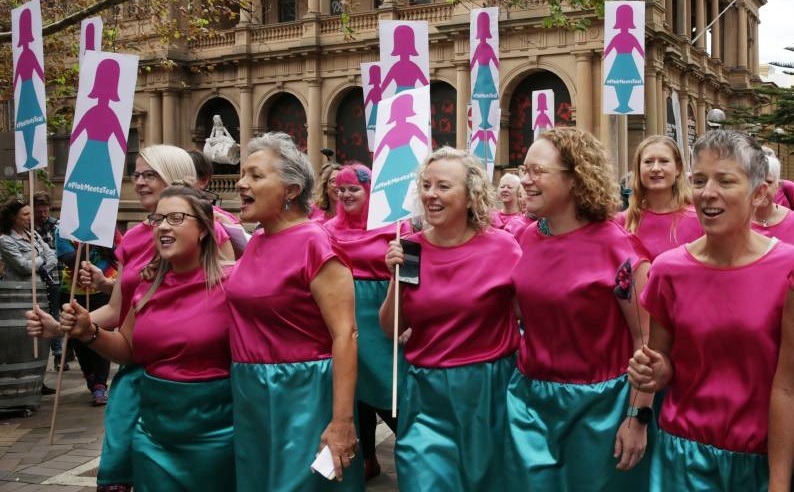 Right now the competition for a share of Australia’s charity dollar has never been greater. There are now more than 54,000 registered charities in Australia, all vying for a slice of the altruistic nature of the Australian public. We’re bombarded with not-for-profit events, initiatives and days to highlight and raise money for causes from everything to childhood cancer to animal welfare, drought relief to domestic violence and everything in between.

The upside of this is that Australia continues to give generously. The challenge it creates for charities is how to create cut through and raise awareness in the sea of noise.

Ovarian cancer is referred to as the ‘silent killer’. Because of its non-specific symptoms, it’s hard to detect and when it is, it’s usually terminal. If you’re diagnosed with ovarian cancer you have just a 46% chance of living for five years or more.

Breast cancer, on the other hand, has very different odds. Largely due to the incredible awareness and fundraising efforts of the last decade, survival rates of breast cancer patients are now more than 90%.

Sadly, one of my dearest friends Jill Emberson was diagnosed with ovarian cancer in 2016. Jill has worked in PR and marketing for decades and wasn’t going to take her diagnosis and ultimate death sentence lying down. Due to Jill’s tireless lobbying and campaigning, this year saw the first combined campaign for breast cancer and ovarian cancer, held on world ovarian cancer day last week.

Pink Meets Teal is a call to collaborate and for there to be a united effort when it comes to the two major cancers that kill Australian women.


They say a rising tide lifts all boats and by including breast cancer as part of the ovarian cancer discussion, the campaign was able to highlight the disparity in funding, in a collaborative, not competitive or combative way.


The campaign resulted in greater publicity and coverage than could possibly ever have been achieved for ovarian cancer on its own – extensive national media coverage and over 25,000 social media engagements in the first 24 hours alone.

And while the resulting increase in awareness, funding and prospects of better survival odds for ovarian cancer sufferers may be too late for my beautiful friend Jill, we’re praying for a miracle and it’s a legacy that demonstrates the power of partnerships and synergy of a shared cause.